Currently not available to order.
Copyright ©, Scorpion Swords & Knives, LLC
Mon-Sat 8am to 10pm
CST @ 417-773-0304
Contact Us
History of the Kukri
The Kukri was issued to the Gurkha Officers in India and regularly trained in its use. The weapon was used in combat in both World War I and World War II, where it earned a deadly reputation among enemy forces. The Greek kings in Afghanistan and India in later centuries who had relation with Mediterranean
culture (after the time of Julius Caesar and Roman merchants, who had a huge commercial presence in India) seem to have used tools similar to kukri, and possibly were promoters of it. 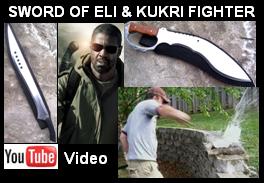